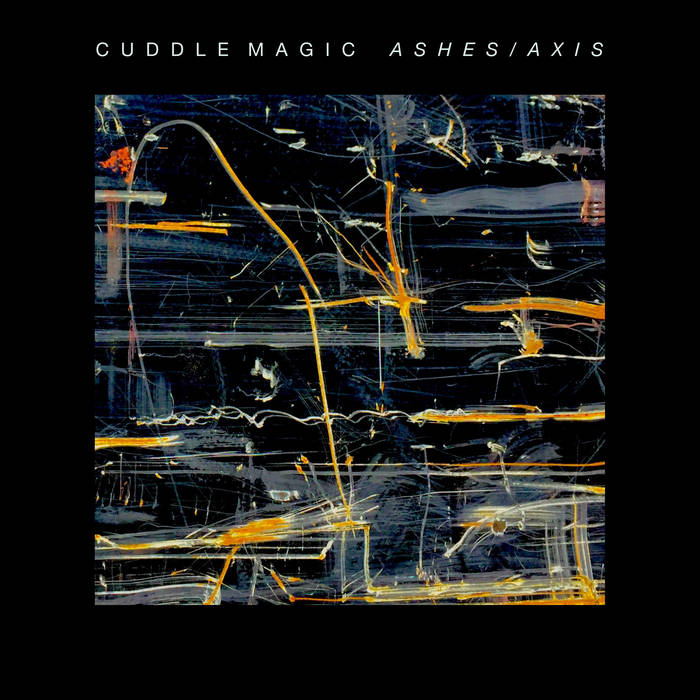 Cuddle Magic is Benjamin Lazar Davis, Christopher McDonald, Dave Flaherty, Alec Spiegelman, Kristin Slipp and Cole Kamen-Green–a six-piece avant-pop band located between Brooklyn and Philadelphia. All six musicians are in-demand collaborators in New York’s musical community and work with a wide array of artists, from pop superstars like Beyoncé to critically lauded independent musicians like Will Sheff (Okkervil River) and Amanda Palmer (Dresden Dolls), as well as with respected figures of the avant-garde like Fred Frith and Ran Blake.

It's been a few years since the New Yorker labeled Cuddle Magic’s music "high concept chamber-pop.” At the time, that was a fair statement about a band known to utilize 12-tone rows, odd meters, and extended techniques; a band which had collaborated with new music pianist Phyllis Chen and Third Stream master Ran Blake. But with Ashes/Axis, the band’s forthcoming new full-length record, listeners are less likely to hear echoes of the academy. All sorts of heady compositional devices, both musical and literary, are still present, but the members of Cuddle Magic have learned to bury those influences deeper in the substrate of the music.

Ashes/Axis features songs written by three of Cuddle Magic’s band members–Christopher McDonald, Benjamin Lazar Davis and Alec Spiegelman–all of whom take turns as lead vocalist. In addition, Kristin Slipp, whose voice is prominent from the very start of the album, takes the lead on “Slow Rider,” “The First Hippie on the Moon, Pt. II” and “Voicemail.”

As with past Cuddle Magic records, the studio process for Ashes/Axis began with live full-band arrangements. Grooves were orchestrated with a set of unusual electro-acoustic timbres including a finger-picked, overdriven acoustic guitar, a bass clarinet with a cheap microphone nested in the bell, junk-shop percussion run through a vocoder, and a slew of Casio keyboards (bought, urgently, from an unnervingly tense family in rural Maine). After tracking the arrangements, several elements were then removed to allow for one final stage of recomposition. With Cuddle Magic’s Benjamin Lazar Davis at the helm, Bryce Goggin (Pavement, Swans, Antony & The Johnsons) and assistant engineer Adam Sachs chopped, distorted, distressed, and delayed elements in each song. The end result is a sound that is warm and precise, raw yet sophisticated–a set of infectious pop songs from either an alternate reality or a paradoxically familiar near-future.